Can I Sue My Ex Husband For Financial Abuse

Financial Abuse During Divorce In Texas

There is an assumption that family violence is often just physical in nature. But physical violence is often accompanied by other types of abuse such as verbal, emotional, and sexual abuse.  These forms of abuse are often used by the perpetrator to enforce coercive control over the victim.

In other words, the abuser is using manipulation, intimidation, and punishment to maintain power and control in the marriage. Most victims of this type of abuse end up losing all their power. Talk to a trusted attorney to learn more about financial abuse in divorce in Texas. 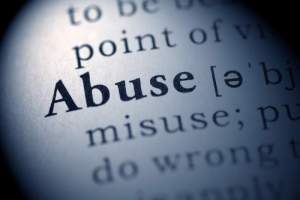 Abusers use physical violence to show the survivor that there are painful consequences for noncompliance with the abuser’s wishes.  Before they get violent they often use verbal abuse to warn survivors that there will be physical violence. But abusers also use verbal abuse to exploit the survivor’s insecurities, ruin their reputation, or threaten them with financial ruin.

Financial abuse involves any action an abuser takes that is meant to rob a survivor of their ability to acquire, use or maintain economic resources. The abuser does this so that the survivor is no longer self-sufficient or financially independent. Some of these actions include:

As a result, survivors end up getting trapped in abusive relationships because they cannot use their finances to run away from that situation.  Reputable studies have shown that the majority of survivors stay in abusive marriages because of economic reasons.

How To Identify Financial Abuse

How To Prove Financial Abuse In TX

This kind of abuse can lead the judge to issue orders during the divorce process that give the survivor access to funds to pay their lawyer and to live on. It may also determine the judge’s decision on other matters in the divorce.

Find Texas Divorce Attorneys Near Me